(Okay, kinda blew my own cover there.)

So, what's new? School stuff (back to school tomorrow, grade three, grade one, littlest one in kinder, new teachers, exciting times). Health stuff (Liam's back in the pants he wore ten years ago, and I... just ate nutella mixed with peanut butter because I Wasn't Hungry Enough For Lunch but Wanted A Little Something, but apart from that, fine thanks). I guess I write poetry now... We've been away on a camping trip... 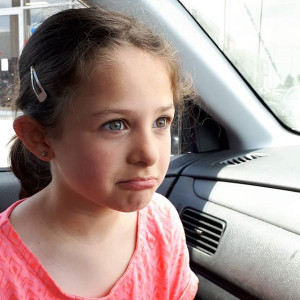 This weird hooman bean is my wittle baby Elanor (of "It's a girl! It's Elanor!" fame). She's... um... she's eight. And a bit. She's a grade three. She writes poems and stories, and draws pretty good pictures, and makes up songs as long as nobody seems to be listening, and makes Actually Funny jokes, and is getting a class pet, and magically, wonderfully, still somehow thinks I'm funny.

She's actually really good company. We hang out, we chat, we crack each other up. She talks honestly, bravely, with me. She's kind and generous to her brothers*. She's a mad keen gymnast who will somehow be surviving her first two hour training session after her first day back at school tomorrow arvo, and this term she'll be adding weekly recorder lessons to the mix. I'm starting to see glimpses of the wisdom that's growing in her. She's gonna be a cool grownup someday. She's already a pretty cool daughter.

Then there's this guy: 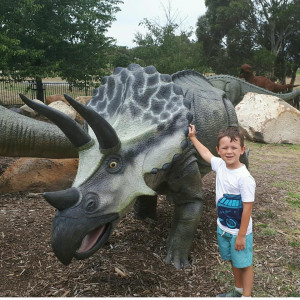 This big boy is Owen (pictured right). He's six. I wrote his seventh birthday on the calendar for later this year, and had to check my working out. But yep, apparently that's how it works. Seven. He's six, going into grade one - no longer the babies of the school. He's a kindhearted boy and a conscientious student and an avid learner. He devours chapter books, builds Lego spaceships, eats sleeps and breathes Minecraft facts, and is Such A Ham.

He gets anxious sometimes. And he struggles with his own high standards. I am so super proud of how well he's learning to handle and work with these things, to let the adrenaline settle, to make things right afterwards. He's learning to think about his own thinking, and he's always willing to learn. His insight and level of understanding blow me away. He's also super crazy funny, and he knows it. It's a joy to see this boy grow up, and watch him mature into the guy he's meant to be. I once prayed for patience, and I'll never regret it - I got this one. 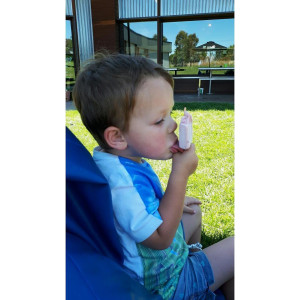 Theo. This one, my baby, the youngest, their little brother, is three and a half. He starts 3yo kinder next week, and he could not be readier. He recognises the first letters of his name ("Look! Up, and to the side! That's me!"). He can dress himself, put on his shoes, find things, sit quietly. He's independent and confident and resourceful, and so perseverant I once watched him mutter and cry over the turning and putting on of an inside out sock and its corresponding shoe for ten minutes, refusing all help, before finally he stood up and calmly showed me his finished work. No fanfare, just as if it were an expected outcome.

He likes dinosaurs, train sets, Hot Wheels, and books about superheros. He knows what he wants, and he expects to get it. He's sweet and silly and affectionate and generous, and he's still got an earsplitting shriek that tears the liminal veil from time to time. He's super cute, but content and self contained enough to not be a monster. Soon I'll have days of just he and I hanging out again, and it's going to be lovely. 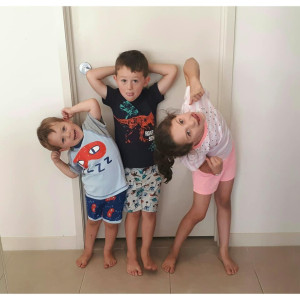 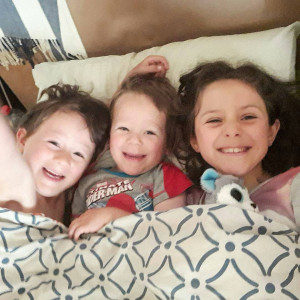 Okay, I'll be back. This writing gig is pretty good. Sometimes it just takes a small (eighteen month) hiatus to remember how much you enjoy a thing. Brace yourselves.


* as much as lieth in her, which is, well, a little bit.
Collapse