*rubs eyes blearily* Whoa, where was I?

YOU GUYS. How long has it been? I mean, really?
Long? Yeah. Let's go with that.

I make no excuses for this. My simple explanation for my absence: Life.
But I've missed this. I've missed sitting down with a blank screen and a cursor, and just blabbing my words out. This is nice.


This week, Elanor had her LAST DAY OF KINDER. 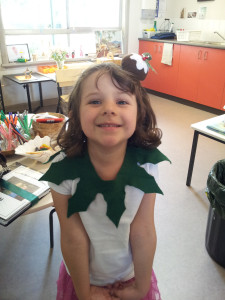 Also, she reads. Looks at words, sounds them out under her breath, and comes back to me with what she thinks they say.

"Mummy, does this say 'Milky Way'?"
(Oh, the educational value of chocolate.) 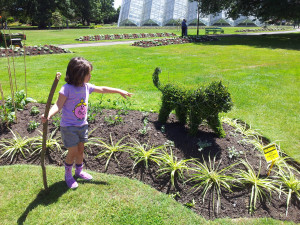 This girl is SO EXCITED about school. Got her uniform, got her school bag, got her book list all ordered. She'd start this week if she could. 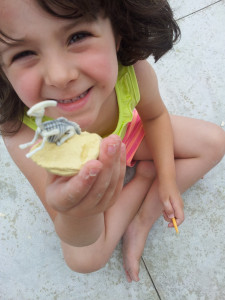 No, not this week. This week was the kinder party, and there were pink cupcakes. She'd start next week if she could.
Well, maybe after Christmas. And camp. Next year, then? Righto. 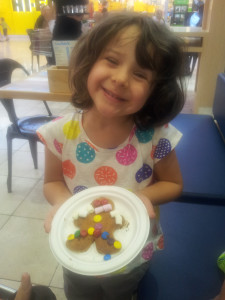 Owen is currently eating yoghurt with gusto. We had an inspection this morning, and I think he's enjoying the luxury of being able to eat in the lounge again. 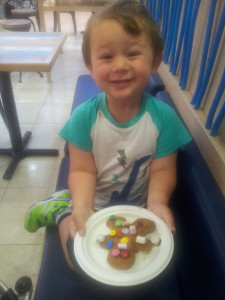 Oh, and speaking of kinder, guess where Owen will be going on Friday mornings next year? ... K- Oh, I made it too easy, didn't I? 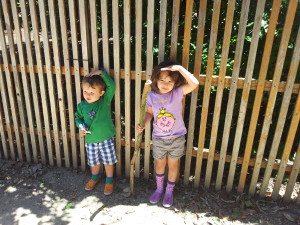 Yes, kinder. My big boy will be going to kinder. I can't wait to see him love it - because he will. He'll build things, and climb things, and maybe even learn to discuss his preferences without shouting til he's red in the face and shaking and calling people such delightful honorifics as 'Rudey Pudey', 'Weirdy Peirdy', and the new favourite, 'Pooky' (with carefully enunciated 'k', because he's been told off multiple times for 'Poopy'). 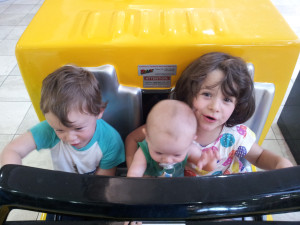 It's an exciting development! 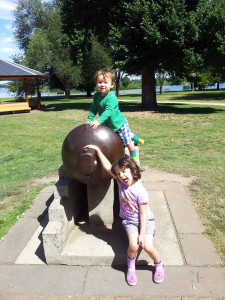 And Theo? Theo is sleeping off a big ol' roll around the lounge and twenty minutes of overtired squawking. The instant he fell asleep, Liam texted me to see if we were free to meet him for a cuppa. 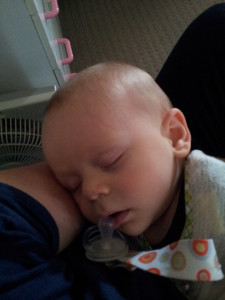 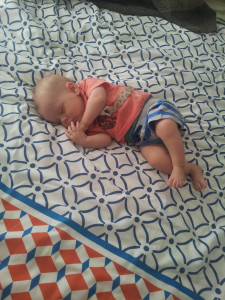 You heard right: that kid's on the move. He's been rolling over for ages, but suddenly it's all come together into a gloriously ungainly-yet-effective means of getting to things. Hip thrust, hip thrust, leg throw... ROLL. Ah, belly. Good. Now... Awkward lean, awkward lean, awkward lean, leg throw... ROLL. Right. Face up again, but closer. Now... And repeat, until access is gained to the desired item (usually an age-inappropriate toy with small chokey parts or trappy-fingers mechanisms, or both) - or, failing that, a piece of furniture blocks the way and Mummy (okay, more often Ellie) comes to the rescue. 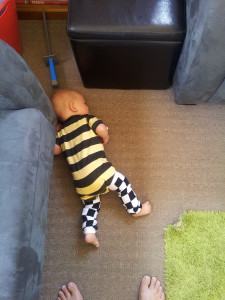 It's exciting, especially when you put him down and blink and then CAN'T FIND HIM for a few seconds... 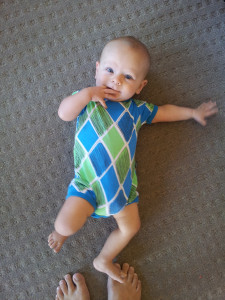 Oh, and we met Santa. By accident. At the library. 
On a related festive note, tonight's plan is Christmas lights looking. "LOL, JUST KIDDING," said the sky, as it suddenly and without warning threw back its pretty blue curtain and revealed the gloomy grey backdrop we all know is really the default setting around here, and proceeded to POUR OUT UPON US ITS UNWELCOME  SKY-JUICE.

So... Tonight's plan was Christmas lights looking. Tonight's revised plan is an early night for the kids, some catchup time for Zoe and her long-lost friend Couch. And there's some Pringles in the pantry with Liam's name all over them, so everyone's a winner.


But anyway, just checking in. Hi, you guys. I'm still here! Intending to get back into this blogging lark now that the newborn baby haze is gradually receding.